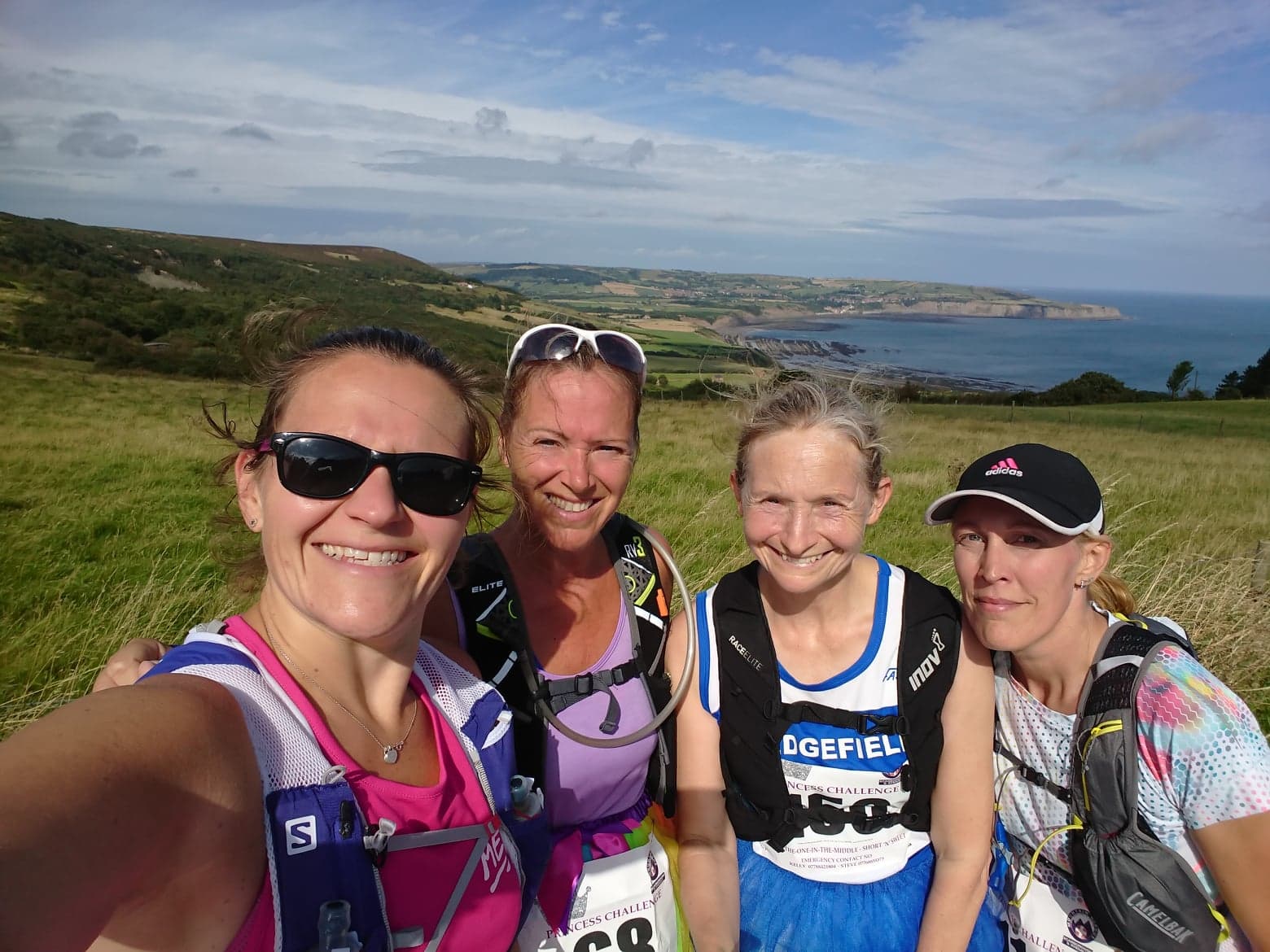 On the Harriers page Emma Featherstone asked if anybody would be up to do the Princess Challenge which was at Ravenscar on the 31 August. It immediatley caught my attention with the title PRINCESS however I didn’t realise it was 17.5miles!!! 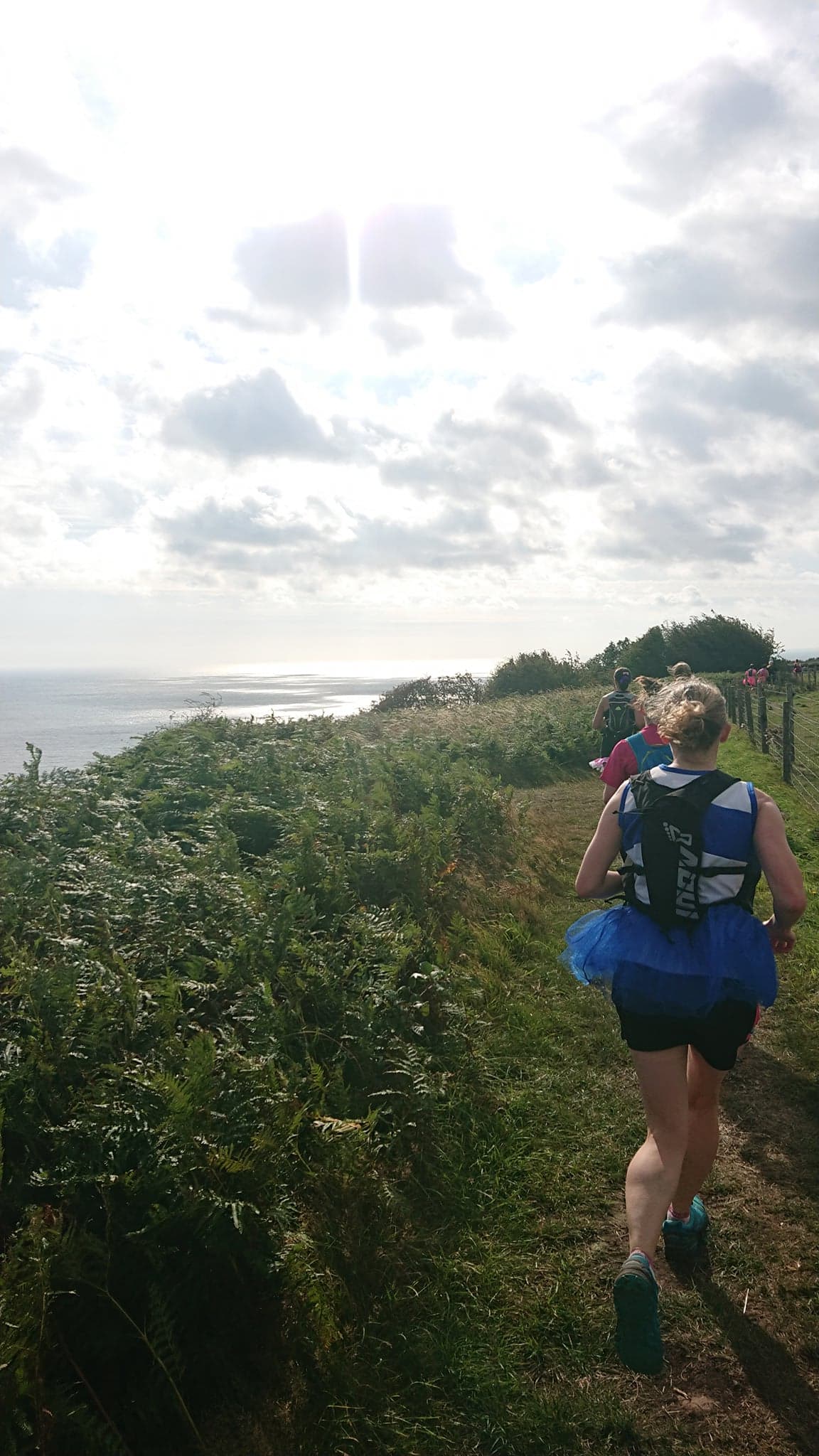 On the site they encouraged you to dress as a princess, wear tutus or tiaras and not just for the ladies. I have never seen as many men in tutus There were 3 distances: 8.5 miles, in the middle 17.5 and the long one which was 31 miles. You also got rewarded with chip butties at the end and they also encouraged you to bring cake as this is shared at the end. Race sold (cake and chip butties).

I have never ever run 17.5 miles in my life!!! but thought I would still like to give it a go as it was off road which I enjoy. This was not a marshaled event, you had check points to show your number. You also had to carry a certain kit and a map (this is something that I have never done before however wasn’t too bad) and my husband bought me a new lightweight Montane running coat so I was in a win win situation.

Race day arrived. Me, Emma Featherstone and Marie Walker were travelling together and meeting Nicki Blackett at the start. We set off at 6.30 in the morning to ensure that we were there and ready in plenty time. They completed a kit check before we started and provided us with a map (Map!! I get lost on our Sunday morning runs round Sedgefield area never mind through woods where I have ever been before).

I got talking to a local man about the course and how anxious I was about running 17.5 miles and what he basically said put me at ease and changed my mindset. The start point was a community centre and that was the centre point; he said just think it is approx 4 miles to the right then back again, then 4 miles to the left then back again….hmm this sounded a lot better then 17.5 miles.

The route was absolutely stunning. There was no pressure on how fast you could run it was so relaxed. We stopped, took some selfies and a few photos of the breath taking views . When we had hills (which there were a fair few) everybody walked up and down to reserve their energy. The only down side, there were no markers on the route. Thank goodness for Emma and her map reading skills. The four of us all stayed together through the run from start to finish which was lovely. Not sure that I would ever do one of these runs on my own due to my very poor navigation skills. We all finished the race within seconds of each other. 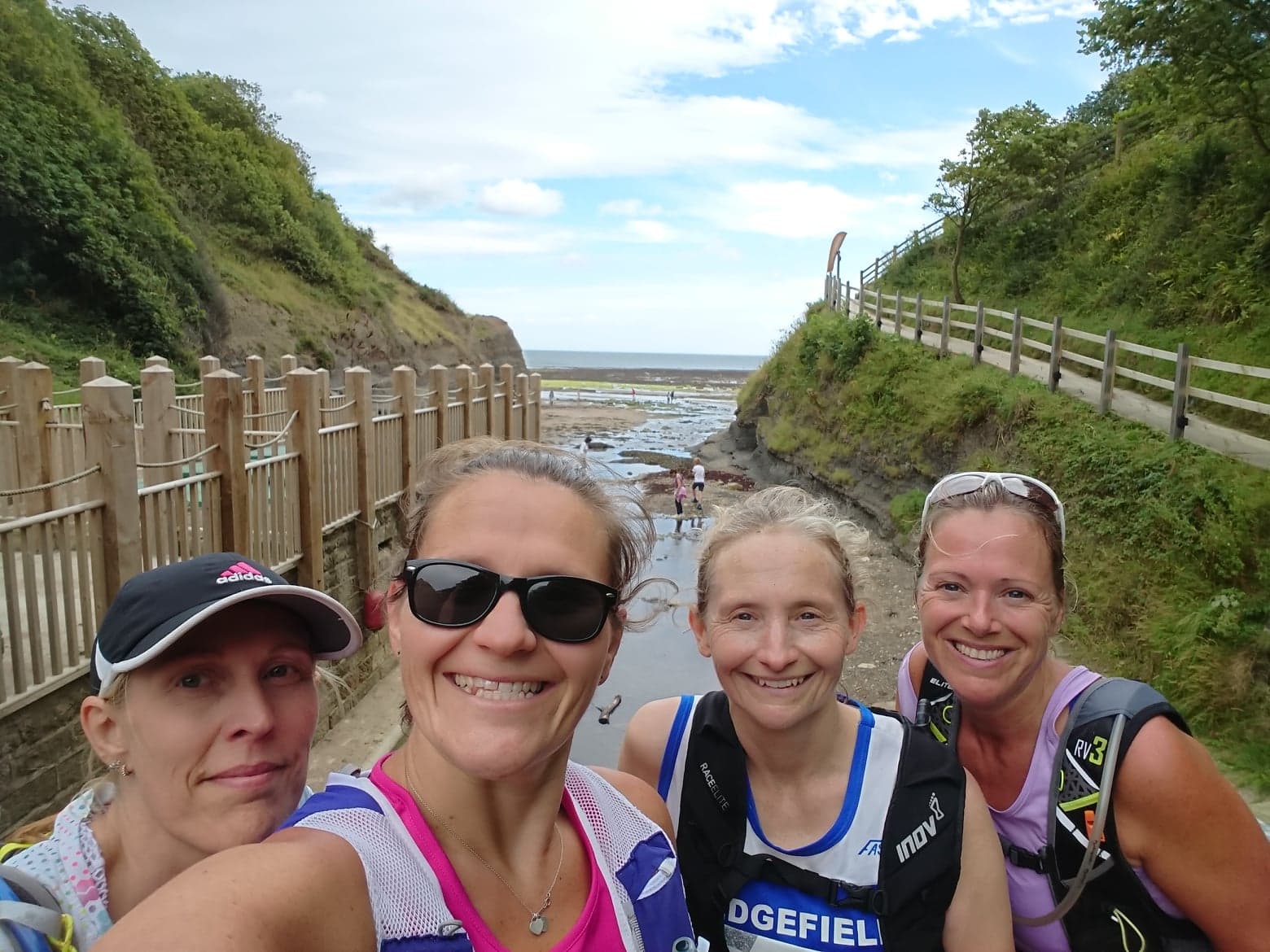 I really enjoyed the race and to think I ran that distance I was buzzing. Definitely on the top of my list for next year. 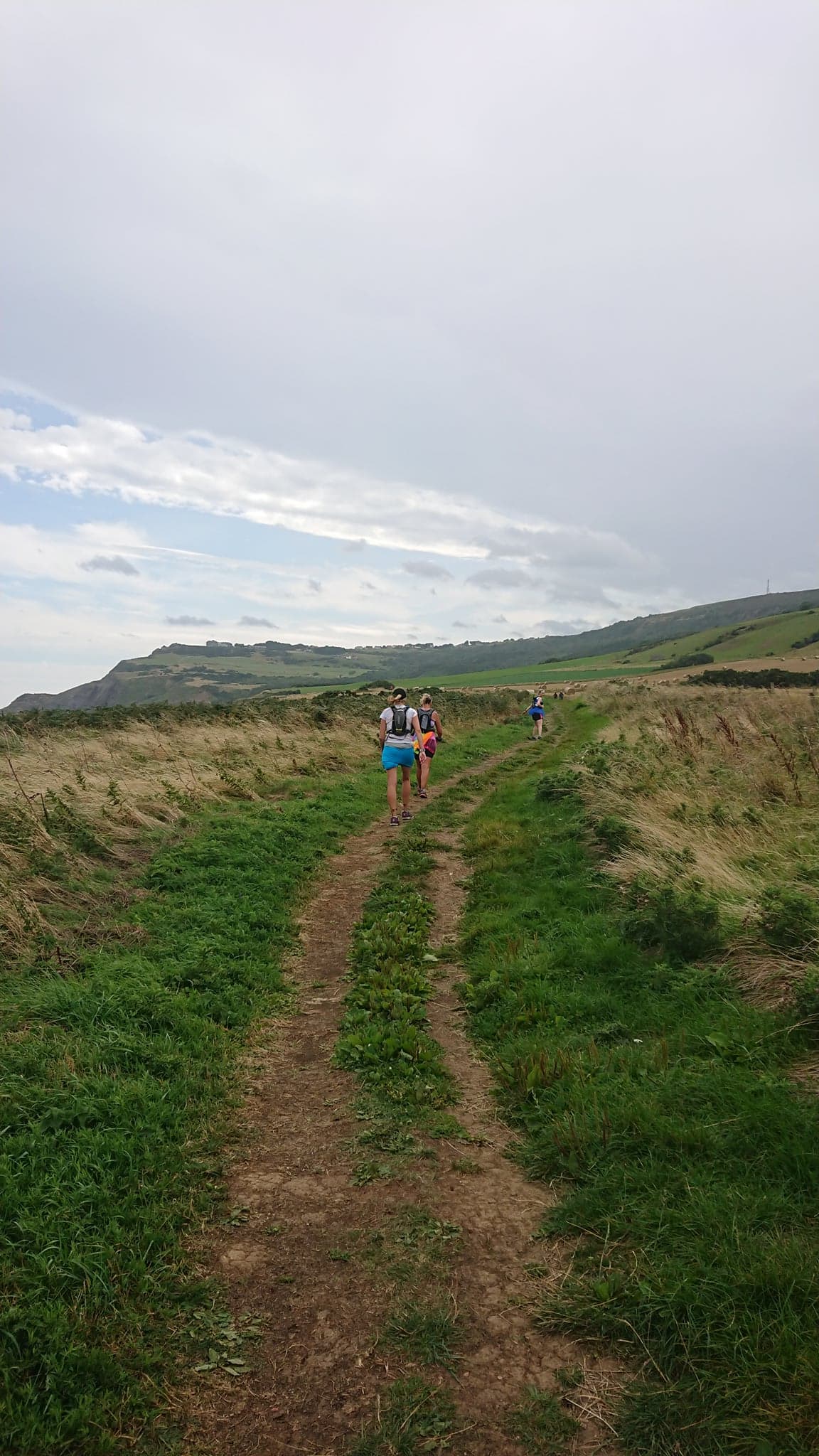 I decided about 5 weeks ago to give this run ago.  As I am fairly new to the Sedgefield Harriers family I thought that a 5k race would be nice for a change (short).

I am a keen gym member and go most mornings when everybody is still in bed (it’s the only time I get to do it).  I normally do weights a couple of days and a couple of classes as well.  Four weeks ago doing star jumps!! I rolled over on my ankle which has resulted in me not running.  My husband Richy says I have done nothing but twist as I have not been out running, so I have just been walking the dogs instead.

Anyway, enough twisting.  The journey to the race was very easy to find and well described on the actual race page.  There were loads of parking places and as usual I had a panic on thinking that I was going to be late, however we had plenty of time for at least 4 toilet visits (ha ha this is normal).   I always get really nervous before a race even though I have been running for a couple of years. The registration was straightforward and easy as my details were already listed and there was no queue.  I like this time of the event as I like to talk to different people to get their feedback on the race and also check out how many fit people are about!!

There was a slight nip in the air, however I was brave enough to just put a t-shirt under my Harriers vest instead of a long sleeve top.  Again this is something I always do before a run, I put too many layers on, and Jane Spink rocks on up in a vest and shorts. It was lovely to see so many Harriers at the start and made my nerves drop a little bit.  In fact I think we had the majority of runners for a specific club. I got talking to Stuart who was giving me the run-down of the race.  He did say that there was one slight hill and unfortunately you have to tackle this twice. Apart from that it was a nice race.  Bingo!

The first mile into the race and I felt good, no niggles, so far so good.  If you closed your eyes for just 1 second (only kidding I didn’t do this really) you would have thought it was a summer’s day i n July; nope it was 24th February.  Fantastic weather.  Anyway back to the race, we tapered off in to the woods and it wasn’t too muddy and was well marshalled throughout.

Coming in for the final stretch and yes I knew what was coming, the final hill, However I seemed to attack it as I knew the finishing line was just straight after and downhill. I finished the race in 24 minutes, well that’s what my Fitbit says. Very pleased with my time especially with my ankle not being 100%.

A very well organised and friendly race and pleased I took part and will definitely do it again. I look forward to people updating Facebook with future runs just so that I know what to enter next please.