On Sunday 27th February, I took part in the second Grand Prix event of 2022. This was the Baydale Beck 5k trail race (which was the 5th race in the Darlington trail race winter series).

This event was my third race for Sedgefield Harriers since joining with my husband Peter in January 2022. 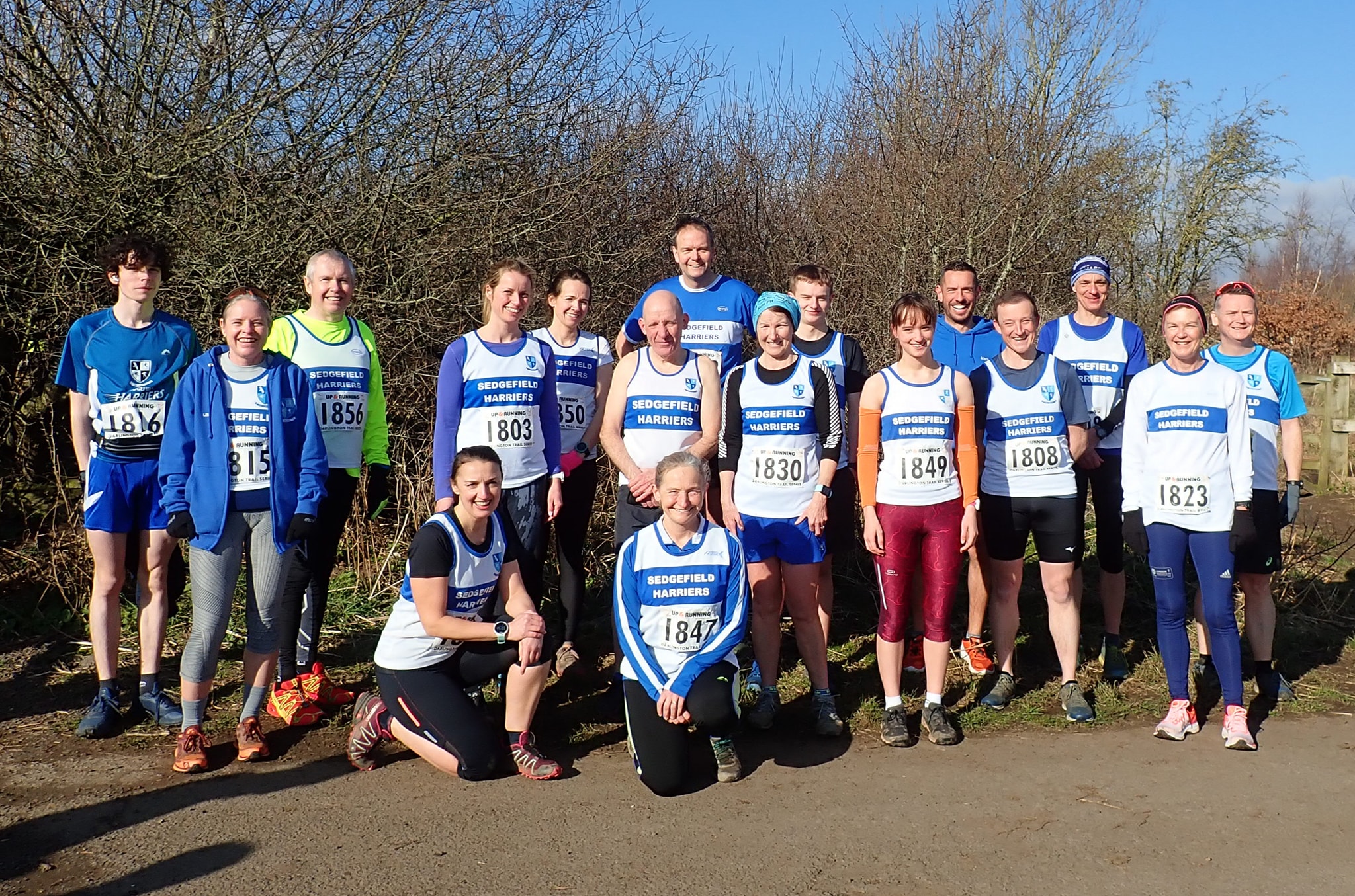 It was a low key local event with relatively small numbers on the day. It had a nice relaxed atmosphere with friendly marshals and volunteers.  This race has previously been held on an evening in the summer.

The race starts further along from the Baydale Beck pub in Darlington and is a one lap multi-terrain course.

The route commences on a bridleway with a short out and back section along the Baydale Beck. It then re-joins the bridleway heading north pulling up to a farm.  We then turned right on the field leading us to a short footpath section on Staindrop Road. Leaving the footpath we turned right onto the Baydale Beck bridleway.  The path followed the beck and we then passed the sewerage works before joining the final trail path to the finish line.  The race distance was 3.24miles.

The conditions were cool and dry with a southerly wind. Underfoot was firm with only a small amount of mud to wade through. 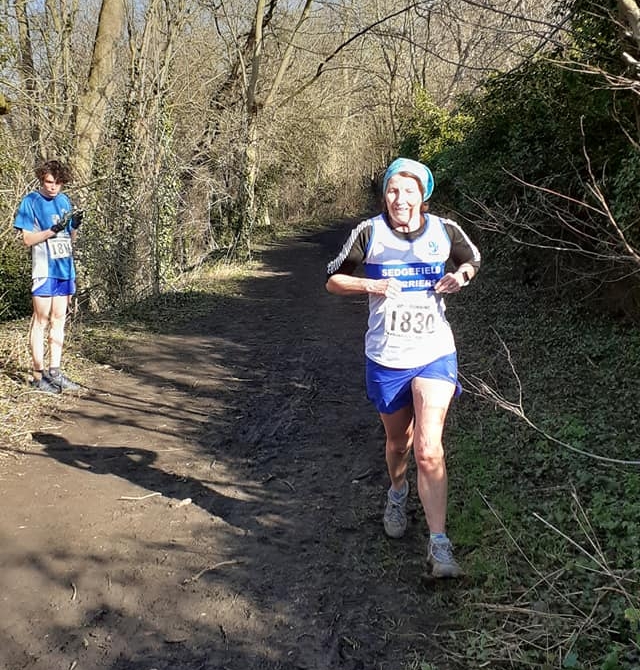 Sedgefield Harriers had a good turnout making up over of third of the overall runners on the start-line.

At the end of race, parked in the layby after the pub was Harvey’s mobile café which offered a wide variety of refreshments which appeared to be popular with runners, dog walkers and local residents.