Records are there to be broken

Brass Monkey half marathon is the best way to kick start the new year with a PB. I have raced on many different routes and you won’t find a better course than this to achieve a PB. The only down side is it requires training through the winter months and Christmas and then race day weather is not always guaranteed in mid January.

This was only my second time running the Brass Monkey. Last time was way back in 2016 when I was aiming for a PB of sub 75mins however it wasn’t meant to be and failing to get under 75 minutes again two months later in Cardiff I pressed the pause button on my half marathon exploits. Fast forward six years and I was ready to tackle the distance again.

As every plan starts when we enter a race, we organise a period of weeks to train for the race and have big goals and a desire to put our all into the training ready for the big day. I am no different, I entered the race. planned out a 12 week training block ready to get that elusive sub 75 PB and 2 weeks in life gets in the way: work, kids, Christmas and so instead of quitting I just kept re setting that training plan. I am not one for quitting, reset, reset, reset. Having reset a few times and invested some money into these new carbon shoes, training started to come together. I managed 5 good weeks out of the 12 planned and concentrated on quality rather than quantity. Like many I don’t have the time to run 40 mile weeks so I just concentrate on practising running at my race pace when I get the chance, even if it’s 8:30pm on a Tuesday night.

I finally reached the end of my plan and it was race week. I was fortunate enough to have a good last week which made me feel much better and I had been able to run at my goal pace of 5:40 min per mile which would just get me under that 75 minute mark.

As always, the day before the race you want to be relaxing getting a good night sleep etc etc. In reality we have to continue our daily lives, take the kids to gymnastics, tidy the house, do the washing, get the shopping, all before having an early night?? In my dreams, if I had time to dream!!! An extremely disruptive night sleep meant the best option I had was getting in the car at 5am, drive down to York and get some sleep in the car before the race. Race bag scrambled together, grabbed some food for the drive and a hydration drink and set off for York. As I got nearer to York I passed a McDonalds and was far too hungry not to stop for a double sausage and egg McMuffin, and you thought us fast runners ate well!! That demolished I headed to the race course to find a layby to get 45 minutes kip before having to get parked and think about warming up. 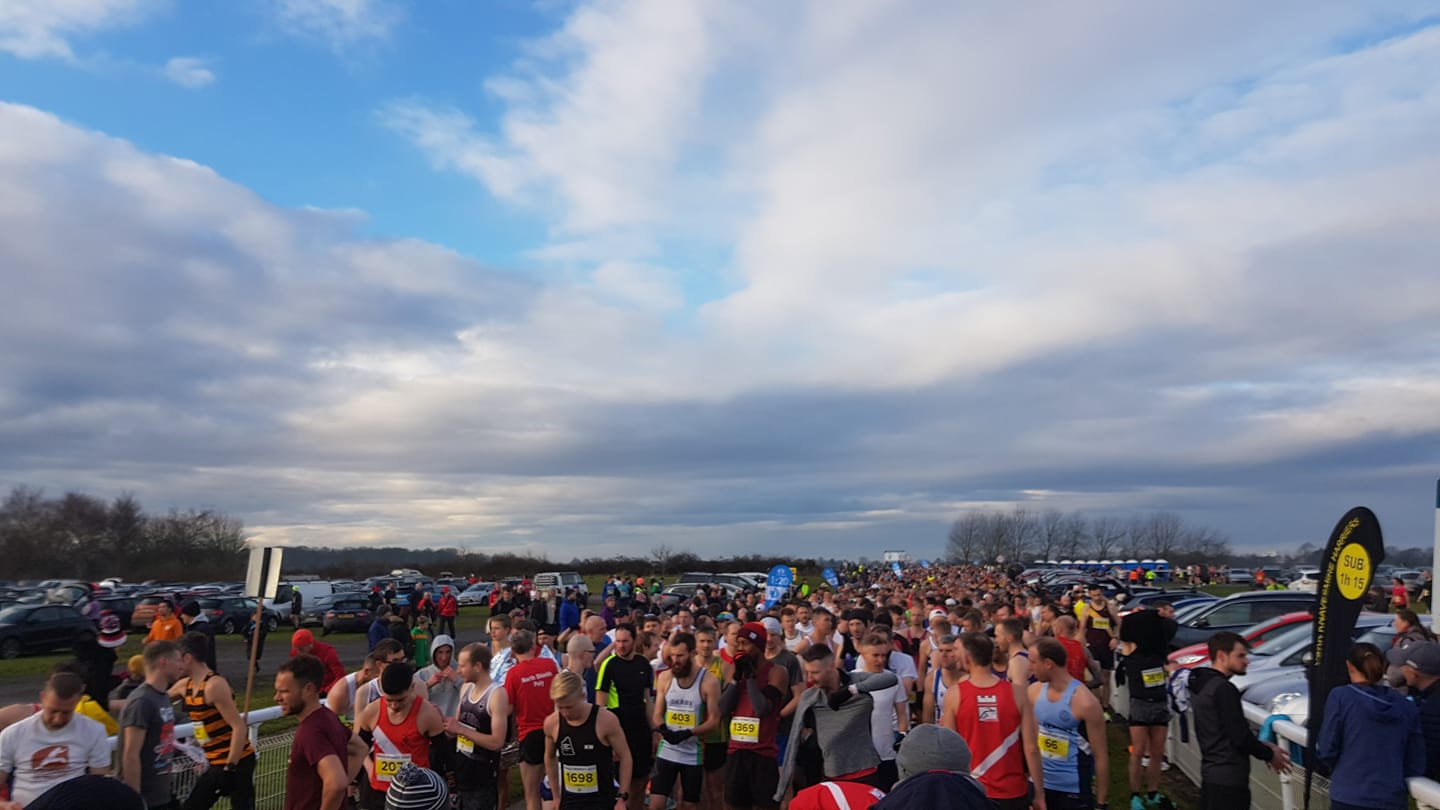 Alarm set for 8:30 I finished my last bit of porridge and fell asleep. I awoke to a few noisy dog walkers and a beautiful sun rise, it was going to be a clear day with perfect running conditions. I got parked in the official car park and had a walk around the race course to wake my legs up and catch up with some friends. I’ve missed racing and big events, the buzz around the start catching up with runners you’ve not seen for ages, except stalking their Strava profiles. It had been six years since I last raced a half marathon and I was nervous. I had failed on two attempts to get sub 75 minutes six years ago and not raced the distance since. It was soon time to be in the pens ready to be led to the start like cattle to Bolams! It was at that point I realised how much i had missed racing and being amongst others that were there for the very same reason, to get that PB.

The stage was set, loads of fast runners, a course known for being fast, carbon super shoes on my feet and the most important factor, the weather, it was glorious. I had my race planned out: 5:40 min per mile then at mile 10 kick on and see what’s left. The gun went and we were off, I was in a good group of runners and felt good, mile 1 flew by and the watch said 5:31, wow! I didn’t need to panic I felt good, there were plenty of good runners around me and so I thought just keep going and let the race dictate. As each mile went past I was maintaining that 5:30 pace, although 10 seconds per mile quicker than I wanted I was feeling good. I got to mile 6 and took my planned gel, I was nearly half way and was in good shape. The shoes were doing their job and I was loving racing. 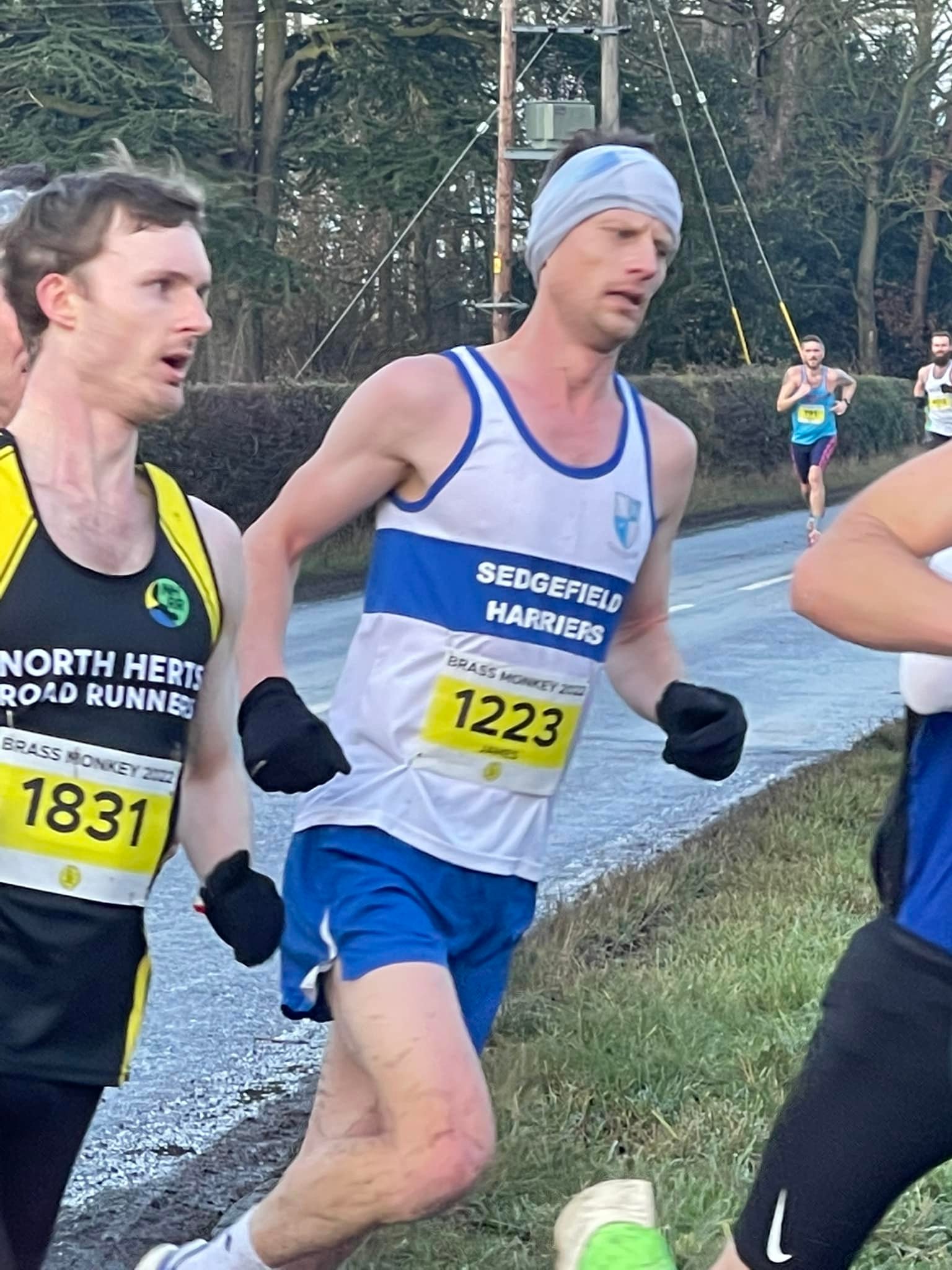 The half marathon begins at 8 miles so as we neared this mark I knew the pace might increase from the group. It did a little bit but I was able to keep going and we were closing in on the last 3 miles, the point in my plan I thought I would kick on and empty the tank. But I had run 10 miles 10 seconds per mile quicker than planned, so lacking a bit of confidence I stayed with the group and thought to myself I’ll go at 11 miles. We hit mile 11 and started to approach the only incline in the race. As we started to climb the group started to break up into single file and I kicked on up the hill and down the other side and kept going. I had left them and was gaining on the runners ahead. I started to open up my legs and put in an 800m sprint to the finish line to dip under 72 minutes! Official time 71:56 (1:11:56). I crossed the line knowing I had run the best race of my life and achieved a time I could only dream of.

In the car before I set off home I had a quick check to see if that was the Sedgefield Harriers half marathon record, which it was and then I checked to see if I had done enough to get a championship entry to London Marathon 2023 which I had. Putting two and two together I checked the Harriers marathon record which was set back in 2009 2:41:41. So this will now be my next target in 2023 at London.

I was extremely fortunate that on the day everything came together, weather, good runners, and the perfect course. I am all too aware it doesn’t always happen this way. It is not always possible to have the perfect preparation or for life to go smoothly to allow us to train when we want and how we want. But as long as you don’t quit you will at some point achieve whatever it is you wanted.