I am increasingly aware that my daughter will now beat me over any distance less than 5km (and after her 2 min parkrun PB at the weekend I’ll extend it to now include 5km). For now I’m safe in 10km and above, mainly because she’s too young to enter those distances. So when the Middlesbrough Mile gave Ellie an opportunity to have bragging rights over me (again) I was very surprised she passed it up in favour of attending the regular sprints session coached by Frances Barlow and David Walker. It just goes to show how much she values and enjoys these sessions. High praise indeed to our junior coaches.

I decided I would go anyway. The mile was delivered by Stride Out Events and the people organising it, Scott Hydon and Kieran Walker have been an integral part of our club for many years. Scott’s enthusiasm and expertise for athletics have benefited so many of our juniors in the past and continues to do so. We are very lucky to have him as part of our club.

So, plans were made to take a car full and I picked up Thomas and Becky Rowe and Rory Letts on the way and the conversation soon turned to the topic of cake. How much can you eat before a run / after a run and somewhere in between.

Pre registration was essential for this race as each race was graded and so all who entered were put into a race with others of a similar ability. I was hoping to get sub 7 so entered 7 minutes and soon found myself up against Rosie, Lisa and Callum who are far faster than me. I revisited my goal to include the target not to be last!

The route utilised the cycle track at Prissick, a 1km loop which is mainly flat and fast with sweeping bends rather than tight corners as cycle racing demands. It is an ideal route for a PB if you are in form.

The first race set off at 7pm with a lead and tail bike although it was impossible to get lost. The finish times in that race ranged between 6.34 and 10.21 with the majority nearing the 10.21 finishing time. It does seem that someone was definitely quicker than they had anticipated!

There was a great turn out of 13 harriers and the club was represented in race 2 by Paula, Andy Corfield and Graham Darby.

I was in race 3 and we were quickly heading off down the slight decline in the track and I was just thinking don’t get carried away in the first part. Having said that, both Lisa and Rosie definitely got carried away and shot off in front and by the end of the first bend Lisa was out of sight. Of course she maintained her pace (why wouldn’t she?) and finished as strong as ever in 6.21 only to be beaten by Callum who won our race in 6. Rosie put in a great performance of 6.30 and having not set off too fast I managed to finish in 6.48. I was very pleased with sub 7. I quite fancy having a crack at 6.45 next time! 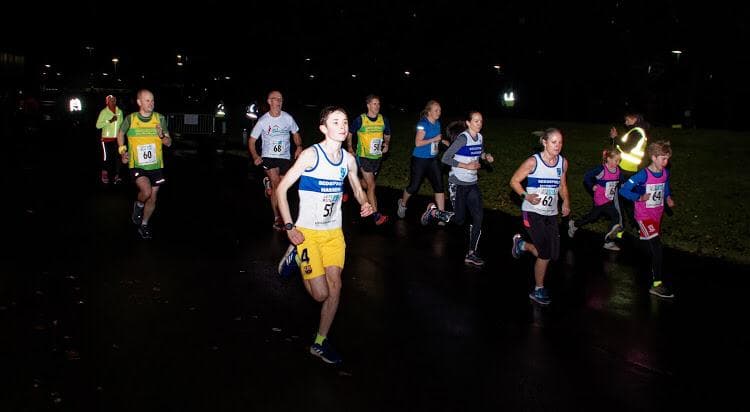 As I headed off to watch Rosie make me a cup of tea (I was still out of breath) race 4 was underway. I liked the relaxed but organised atmosphere. Make your own tea and coffee, help yourself to biscuits and check your results (which are available immediately after the race) although published and linked to power of 10 the next day. 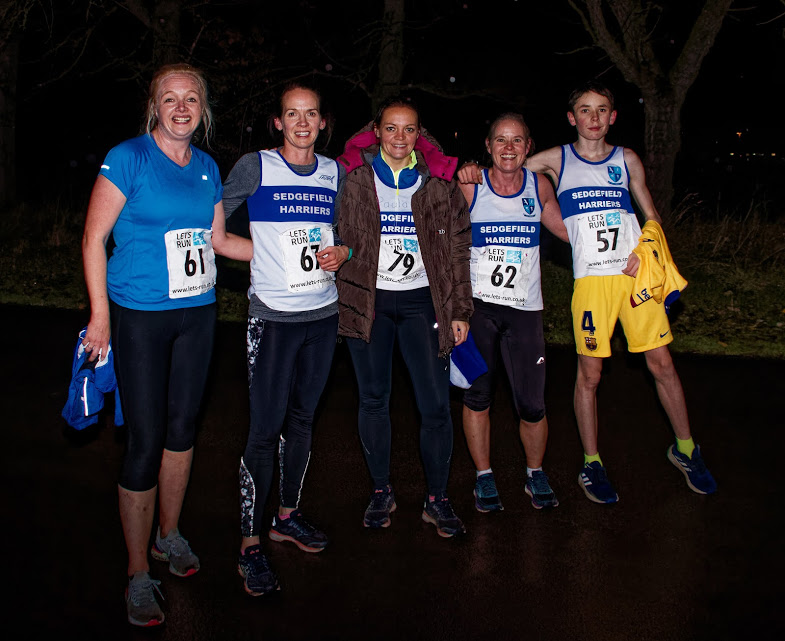 There were lots of great performances by Harriers. https://www.runbritainrankings.com/results/results.aspx?meetingid=329242&event=1M&venue=Middlesbrough&date=6-Nov-19

The next event (always held first Wednesday in the month, 4th December) in the series is a 5km. It’s fast, flat and PB potential. Get yourselves along.  Pre entry is essential so that you are allocated into the right event. The plan is for two races, the first for those who predict a finish time of sub 21 minutes and the second race for over 21 minutes. All abilities are welcome and encouraged to come along; don’t be put off by the sound of the second race (it sounds fast to me), I predict that finishing times will range to include 35 minutes plus….. I also predict that Ellie will beat me.