Thanks to the trusty satnav I arrived at the tail of the queue trying to turn right into the car park at Prissick School. Having read the pre race instructions (brownie point) I turned left and parked easily in a residential estate without inconvenience to any residents. 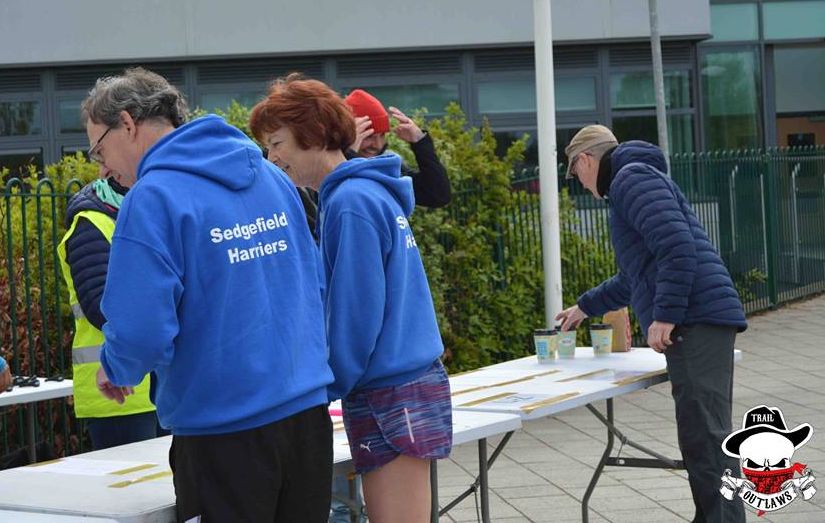 Registration was outside the school building in a cool breeze and I was very glad of the top I’d brought “just in case”, though it did mean that I ran with my little backpack. Equipped with my little bracelet I then went inside to join the toilet queue which, though massive, moved steadily and I gained relief without embarrassment.

Outside I met Karen who always helps out at junior parkrun and we wandered down to the start, a 10 minute walk away. I spotted Rosie and Emma in the ever thickening crowd.  As we waited for the delayed start the organisers called for runners 6 and 9 to come to the front.  Wonder why?  Then they wanted numbers 68 and 86. A pattern was emerging, which is more than we did when the race started.  There was hardly room to shuffle feet as the crowd of 604 runners moved towards a tunnel.  “Watch out for the bollard” was the cry.  Bollard, all I could see was the back of the big bloke in front.  I was cursing the loss of time not realising ‘til the next day that my bracelet recorded the time as I crossed the start line and again as I crossed the finish. I am new to this though and technology is not my strongpoint. 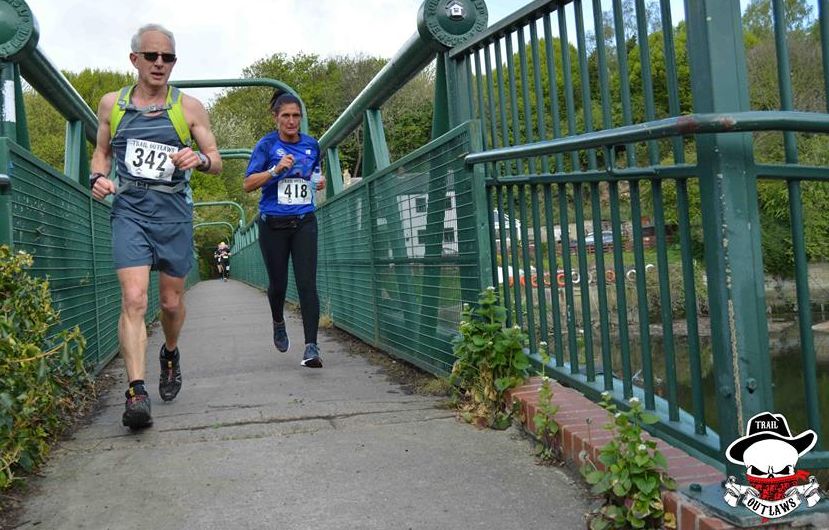 The route is a figure of eight across both sides of the river using the contours to provide a varied course and terrain, through woods and open fields to a constant accompaniment of birdsong. We started by running through the trees on the north side of the river heading downhill then alongside the river before climbing towards the overflow car park of the Wildfowl and Wetlands Trust. After a bit more climbing we then went downhill towards the start point. 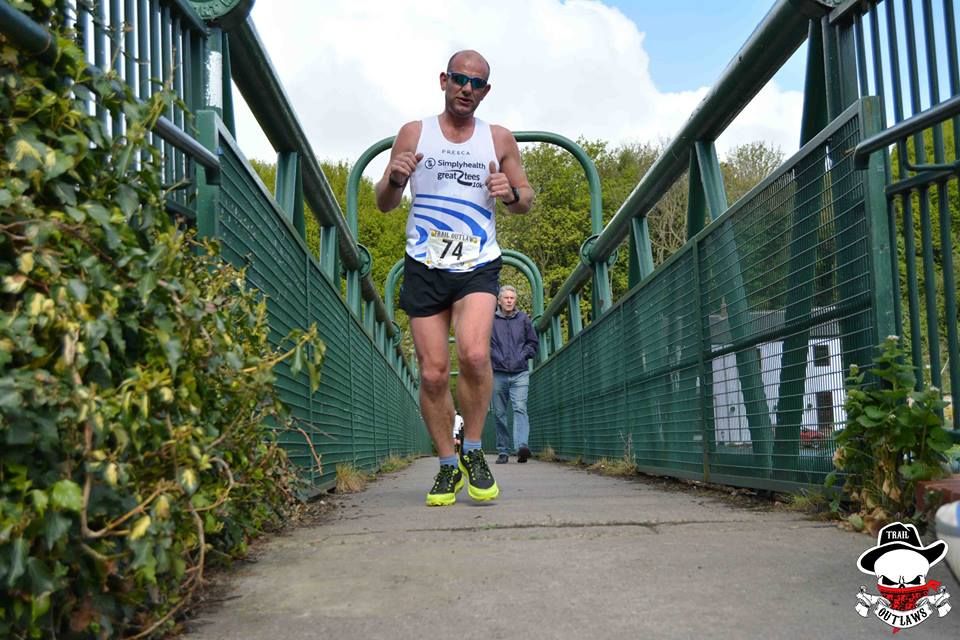 After crossing the Wear at Cox Green Bridge we came into the sunshine and climbed gently through a wood where an old guy in front of me crashed to earth. A couple of us checked him over but apart from a nasty scratch or two he was able to continue. His shirt had “Bosnia Jack” on the back. I met him at the end.  He was called Bill, was 70 and had just recovered from 2 broken ribs from his last fell run. 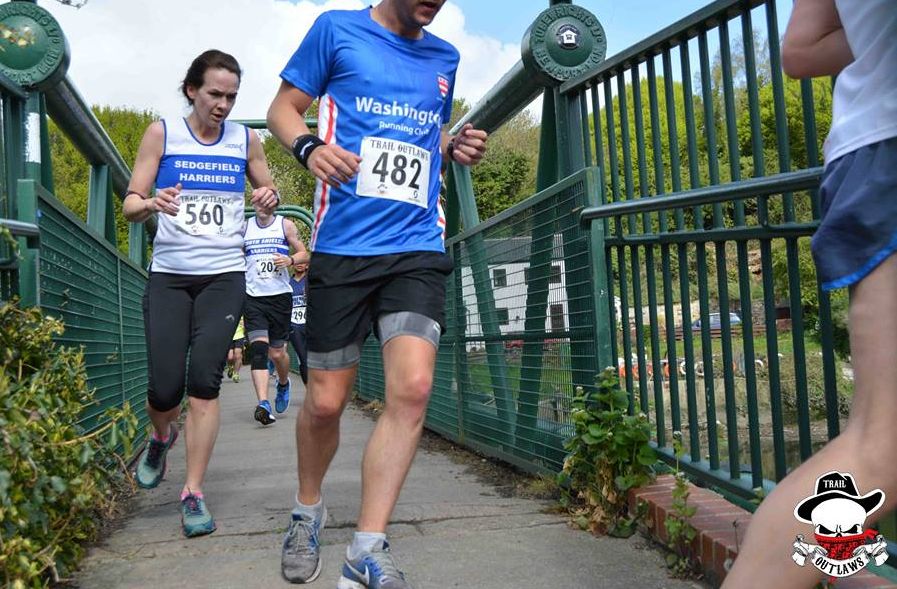 Still climbing out of the river valley there was a series of fields. This provided several opportunities to catch your breath as you queued to climb over a stile or go through a kissing gate.  I pointed out to a guy behind that, although it was a kissing gate, he was not to get his hopes up. His riposte was lost on the wind. 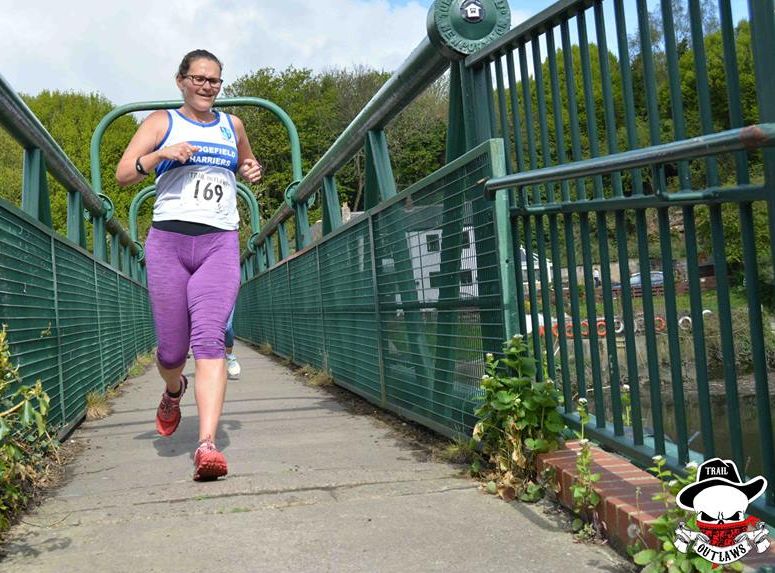 We entered a wood which was single track with no chance to pass ‘til a steep downhill descent allowed us to fly past a group of runners before a very sharp right turn (or get very wet). We continued on levelish ground alongside the river before recrossing the bridge. 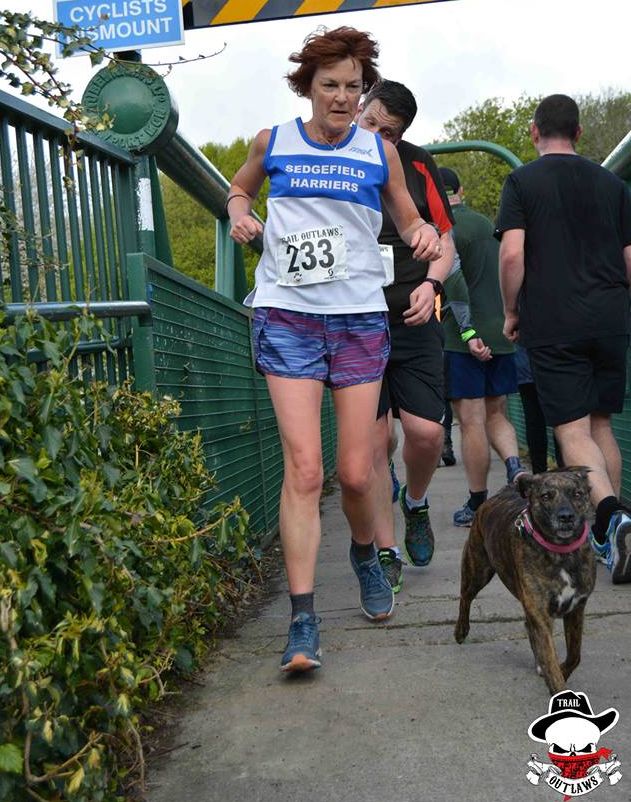 With less than 800m to go I was able to stretch out and pass around 20 runners. Less than 200m to go, turn right and there it was. No, not the finish but “The Hill”.  Walking, aching, panting up the thing I passed a few more then there it was – the finish in sight.  Run up the last bit of hill then a furious sprint trying to hold off someone behind.  We hit the line together. 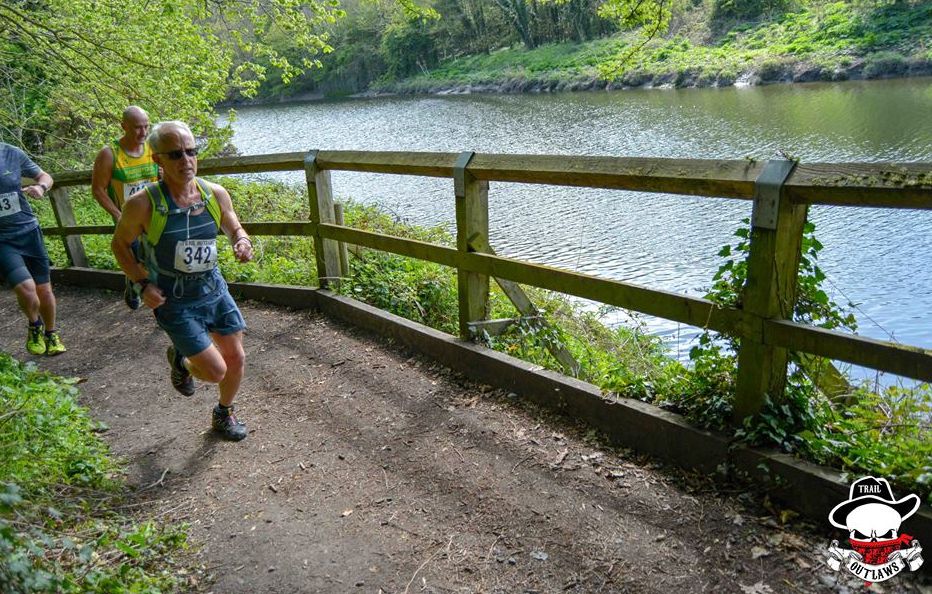 Waiting to return my bracelet there were Emma and Andy with the turbopram together with Rosie. Bosnia Jack followed behind and we were able to have a chat. Looking at the results later I was delighted to see my new mate, number 74, was just 2 seconds behind me. 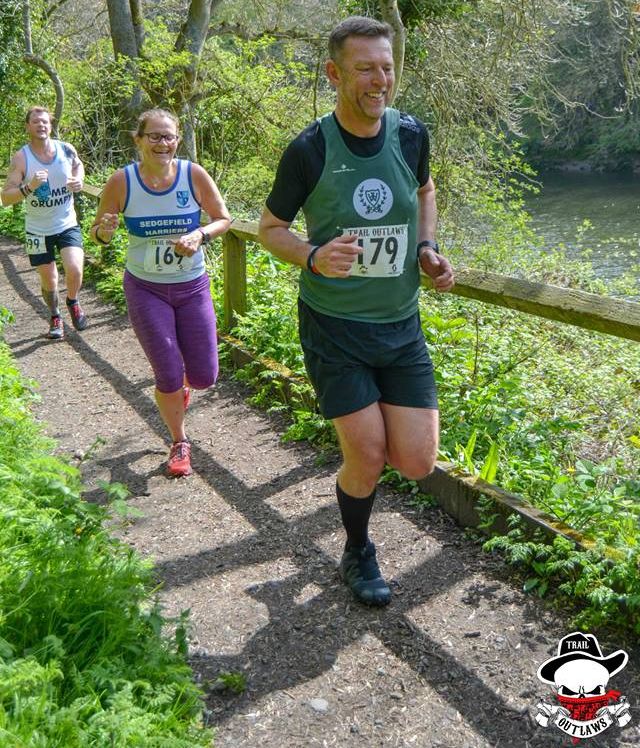 It was a great day, a lovely run as long as you don’t care about a PB. I came home and booked the Trail Outlaws’ Branches and Bays and the Penshaw 10K.  I’m on my way to Islay on the day of the Durham 10 Miles. Phew. 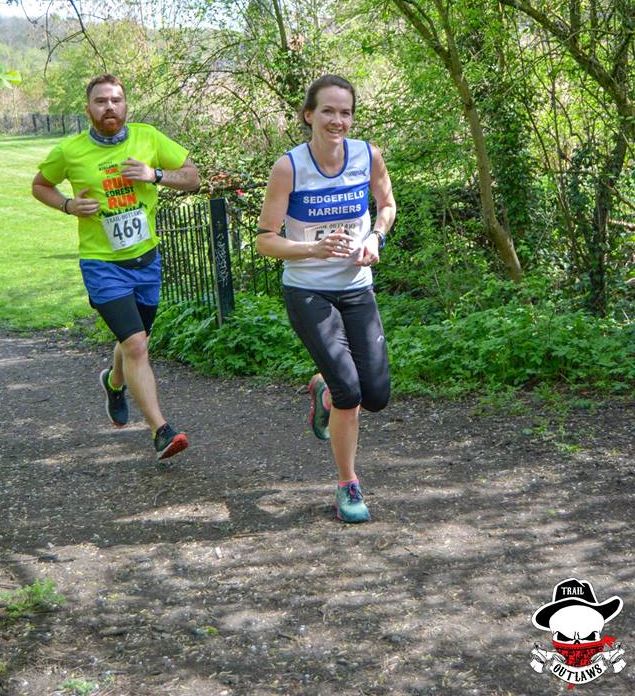 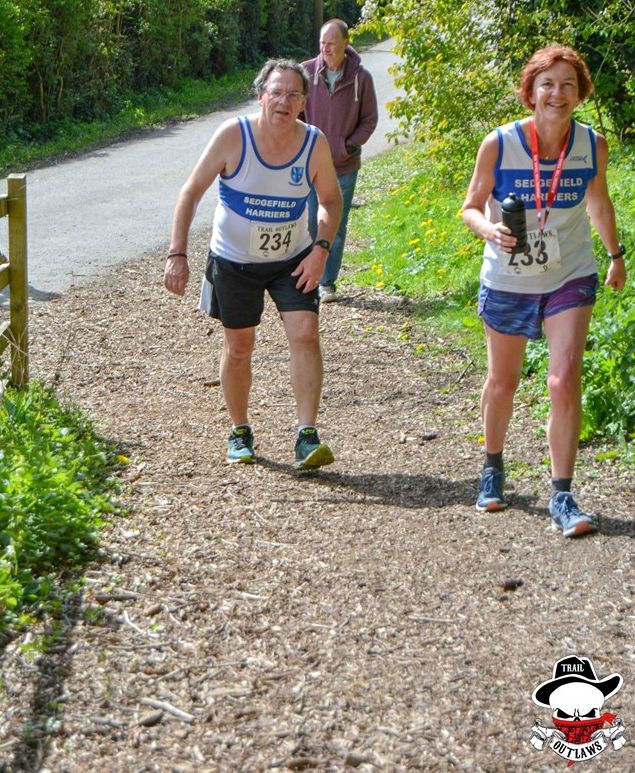 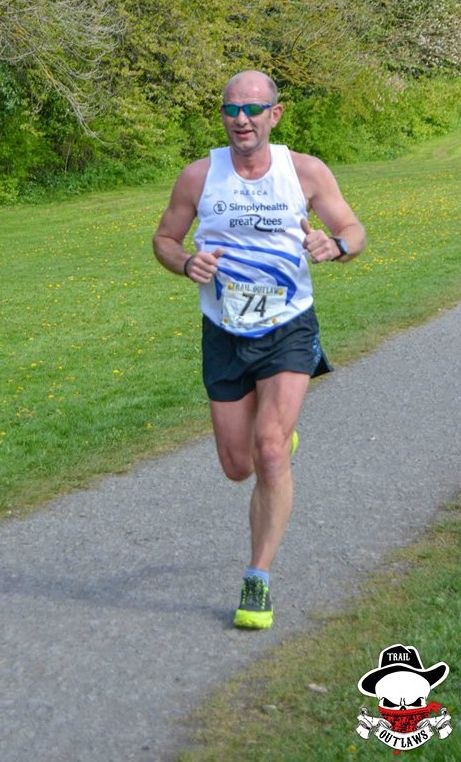