As a local-ish Grand Prix race I thought I should give it a go and booked up a couple of months ago. I forgot to write it in my diary, then about a month later the Willow Miner Race at Durham opened for entries, which I do like, yes hilly, hard but a great run.  I spread the word on Facebook because I know a few Harriers also like the Willow Miner and it does fill up fast. It was about 2 weeks later when I was wondering why many Harriers hadn’t entered the Willow Minor the penny dropped, the Sunderland 5K Grand Prix race was the next day!  Oh well I’ll take it easy at the Willow Miner! (Did I heck!)

So back to Sunderland.

Second race 7.20pm. Everyone else, or in other words the fast lads!

Car parking was no problem as there was a large overflow car park, but I’m guessing anyone arriving late may not agree with me, the sports complex has a lot going on. The evening was VERY warm and windy unfortunately, not a cold wind; the good news it was a lot more downhill than up (start at 240ft, finish at 184ft) BUT the main downhill was the first 600m so you were forced in to a fast start!

After chatting to a few Harriers before we set off about the normal stuff like why we won’t be running so fast and not expecting to do well because of …….. heat, wind, tired legs, lack of sleep, not feeling good, injuries, narrow start, the normal stuff, we set off fast downhill (it felt fast which is not good at the start of a race).  It was quite a crowded start and because of the hill it felt like you needed space to let your legs go and take advantage of the hill but maybe it was good that there were people in the way to slow you down a bit. 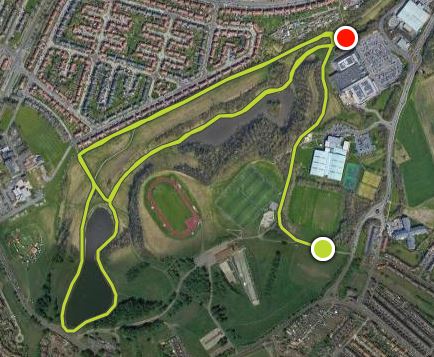 Once on the flat for start of the small loop the wind hit you head on and it made it really hard work to keep your pace going, not good less than 15% into the race. A small hill was the turning point for the small loop but you didn’t get any benefit of the wind due to the trees on the way back round.

The second loop took you a bit further out, so longer into the head wind but I did feel the wind behind me for a small part of the way back but it didn’t help! 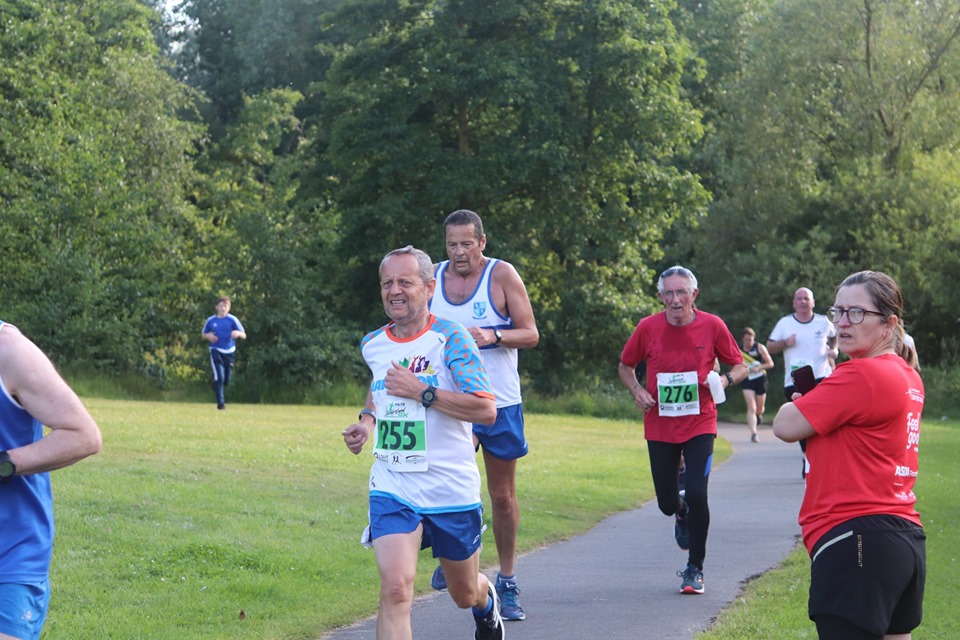 For a warm night with a cruel wind, most of the Harriers had a brilliant run, but I know some suffered from the fast start.

A highlight for me was while we walked back to the car having to stand to the side to let the “fast lads” run past on their fast downhill start; the speed and the cool breeze it created was wonderful!  Also brilliant to watch the start of a race as you are normally running it. (Yes Declan, Paul, Mark and Sam you were the “fast lads!”) 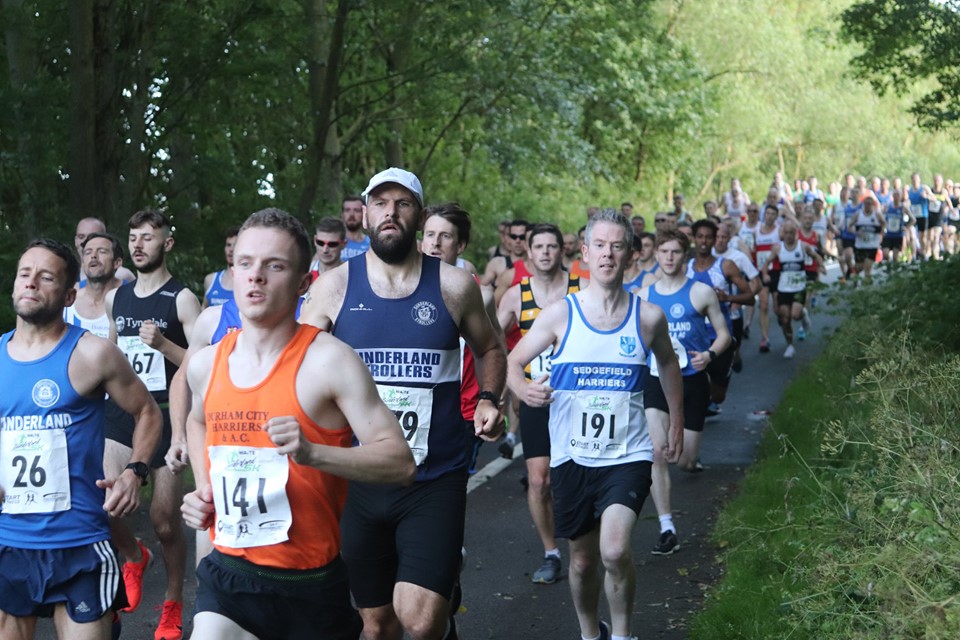 The race was well organised. I also liked the option of bringing your own bottle which they left crates out for you to put them in on the way to the start, then they carried them to the finish for you to collect. The crates were marked by club names, or for the clubs with not so many entries (like us) you were in the “others” crate.

How did I do? Well not bad, the fastest 5k since 2009, but only 12 seconds faster than my recent PB at Sedgefield parkrun which definitely has just as many up hills as it does down!  Yes I do wonder if it was a cooler night and if I hadn’t run the night before would I have beaten my best ever time of 22.01???? 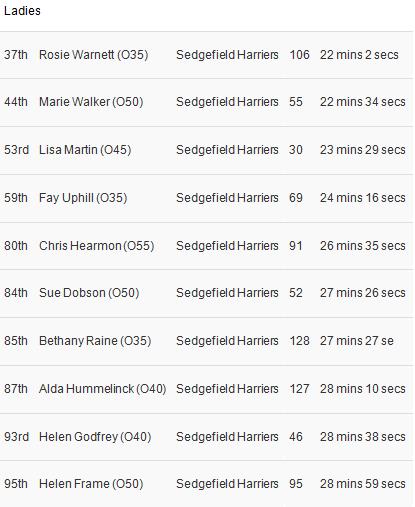 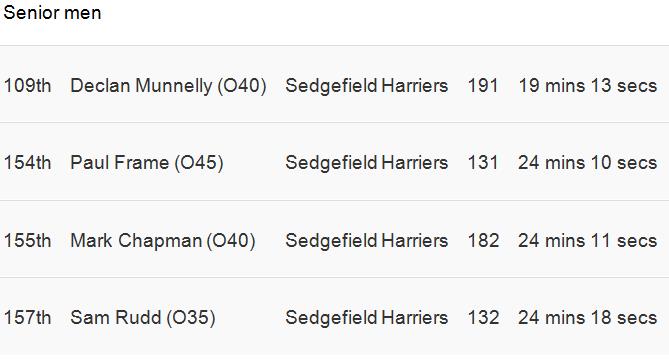