“I’ll get round to it, sorry, it’s been ages!”
That’s my mantra and I’ve been repeating it to Pete King almost daily while he’s been chasing me for a race rundown of Spadeadam Half Marathon. There’s only so long you can say this before it becomes harder and harder to put off…and before Pete becomes less and less understanding, too. 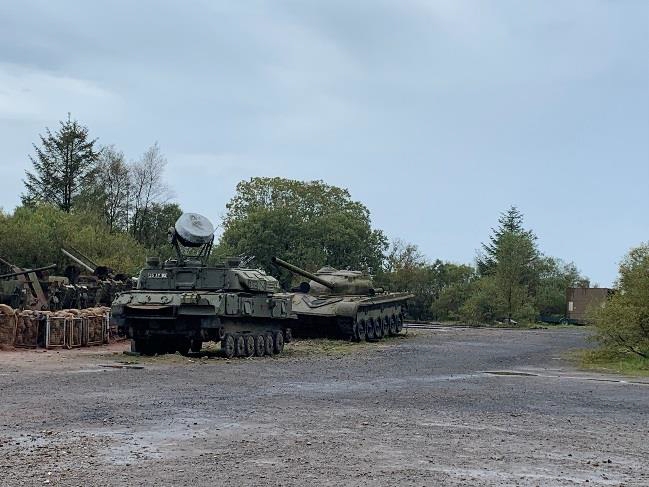 So, where to start?
1. Obligatory trip to Starbucks on the way up? (Check, Ray is like a coffee ninja, knowing where every coffee shop is on the route to races).
2. Logistics all organised so Callum can get to football?
(Check, and he scored too…gutted to have missed that).
3. Training honed to perfection, so I can reach the goal of beating last years’ time? (Erm, no check. Terrible training and nervous about getting round at all let alone beating last year).
4. Glorious sunny day and perfect running conditions? (Definitely no check. It was “persistently” raining from about mile 5 onwards.)

This is an active RAF Base, so simply getting onto the base requires you to register in advance and take ID and it’s an adventure from start off. Following the admin of it all, the Race director (base commander) set us off with the advice that “this is an operational base, which tests weaponry out, so if you see something unusual on the floor as you are running, don’t pick it up”. It is highly unlikely that anyone adds extra weight to themselves, generally, so he clearly knows nothing about runners.

The first mile or so is up the service roads and gives us some nice views of large concrete structures which look like something out of Mad Max (a reference for the kids of today, ha ha). I’m assuming these are for target practice but we are soon steered past them and onto the trails around the base and the rain starts to come down. The rain obviously ruins my chance to win, so I let the speedier runners who cope with rain better than me disappear into the distance and I settle into my run. I chat to a runner from Darlington who I used to work with and we start talking about…you guessed it, running. It’s pure deflection tactics to avoid thinking about running by talking about running, while running. 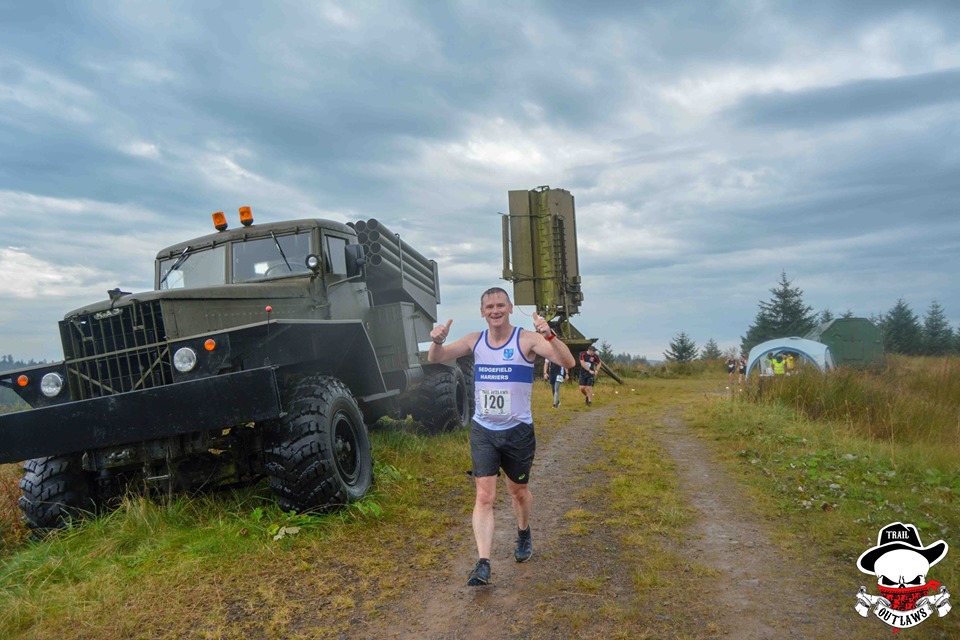 [By the way, he recommended a half marathon in Seville to me – one for the Grand Prix next year, perhaps? Maybe a bit far to travel, though.]

I’m struggling to remember much of the middle bit of the race – it rained right through until I reached about 13m so I didn’t see much to be fair. I was keeping an eye out for any new technology, perhaps a strike fighter or unmanned drone, but no luck. The run sets you a good challenge as the uphills are enough to keep you working hard but not crazy steep enough that you need crampons and climbing gear. All good, but the problem with that is that you never quite feel that it’s OK to take it easy on a hill, perhaps even to walk one or two.

At about eight miles or so, I pass the second feed station. The first one went by in a blur as I was concentrating on not thinking about running, while running and talking about running with my ex-work mate, who’s long gone up the road by now. 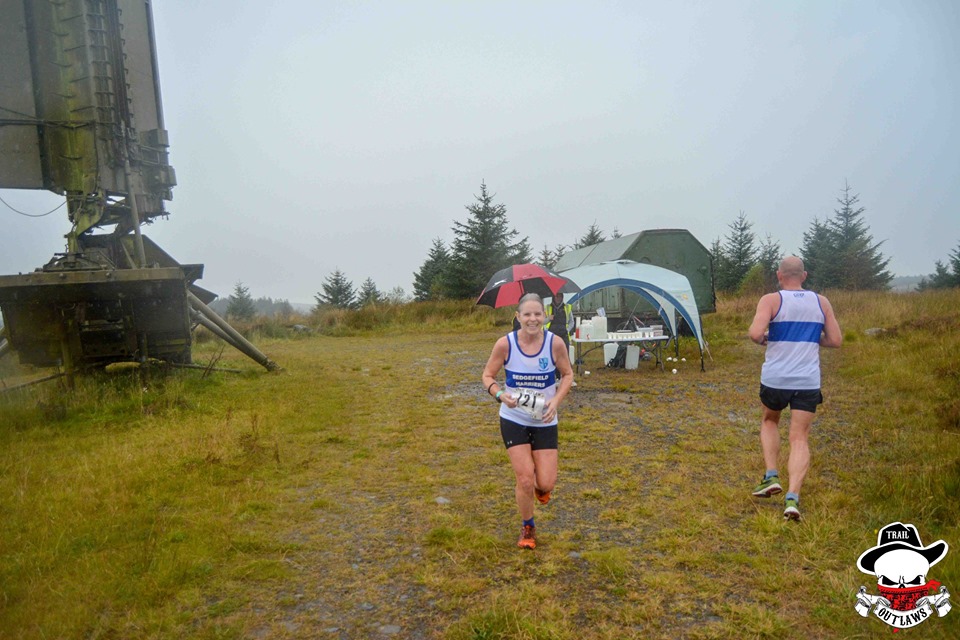 Happy days at eight miles though as they have jelly babies (my all-time favourite jelly sweet) and red cola! Red cola is a trail running staple. Road runners won’t really appreciate the benefits of slightly fizzy red cola in a plastic cup, in the rain. I’m sure I am adding a filling or three to my teeth by doing these trail runs but it’s a small price to pay in my view.

The feed station disappears and my group of three head off upwards (seems like it’s all been upwards) towards the highest point of the race. The marshal sets us off with a happy “last big hill then it’s all down from the top”. My experience is not to believe marshals, who generally lie through their teeth to runners (I know I do when I marshal) but this one turns out to be – almost – right. PS: apart from those at the pointy end, you always end up running in a group on trail runs, another added benefit. Thanks for the help up that hill, whoever you were. Downhill we go and I start to enjoy myself again (I like running downhill), plus I have a sneaky plan for the end of the race. 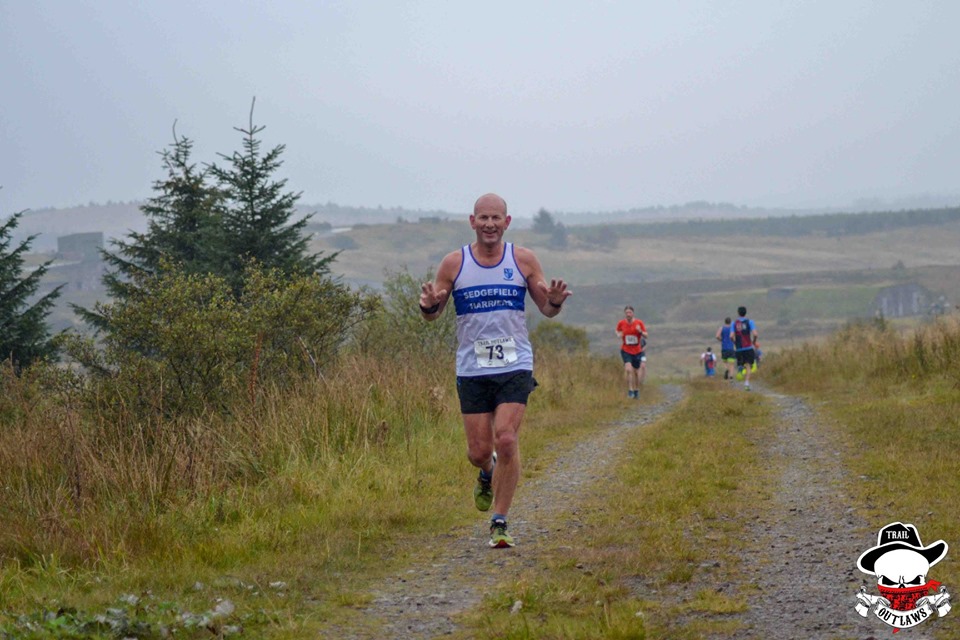 As we hit the downhill sections, we come across quite a bit of military kit/equipment which I wonder whether they are there for target practice or just careless RAF personnel have forgotten the keys. I have to confess that I didn’t take many photos and I’ve mixed some in from the previous years run here.

I’m blaming the weather and my obsession with being quicker than last year for the rookie photo gaps.

I saved my last burst of (relative) speed for the last mile and know there’s a kicker in the run that anyone running it for the first time won’t have known. I know the secret that those who are doing this for the first time don’t…its actually 14.1 miles not a “traditional” half marathon of 13.2. So I’m chuckling to myself as the 13.2 marker beeps off on peoples watches and they start saying that they should be bloody well done by now but don’t recognise anywhere around them. No-one swears with as much feeling as a trail runner, I think.
I paid a heavy price last year, but am ready for the extra mile this time around. It is my fastest mile – 9.28m per mile. Not quick by any stretch, but OK after 13 miles, I think. It’s quick enough for me to bag at least half a dozen as I sail past them looking at their hurting faces and shaking their watches. I don’t stop to help or offer encouragement, of course. 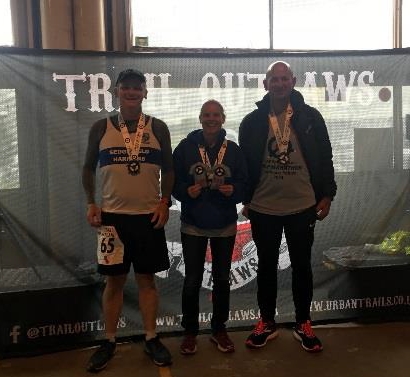 Last year I did it in 2hrs 39 minutes…this year I’m aiming for 2hrs 30…but I’m cutting it fine so I push on to try and get in under that time.
For the stats fans I came in at 2hrs 31 minutes (and 34 seconds) so not quite but eight minutes quicker isn’t bad, I don’t think. You can do a lot in eight minutes! 🙂

A race I’ve enjoyed in a masochistic sort of way, so if you like climbing hills and descending hills and looking at tanks and rockets…it could be one for you?

Special thanks to Eileen for marshaling and Ray for the lift…not to forget Lisa, either, for getting into this running business in the first place! 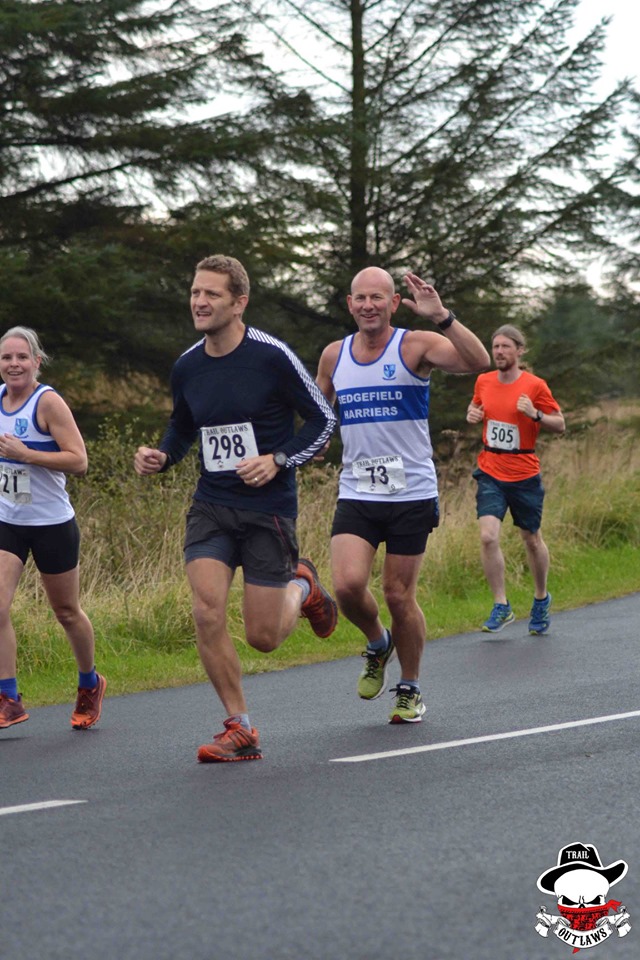